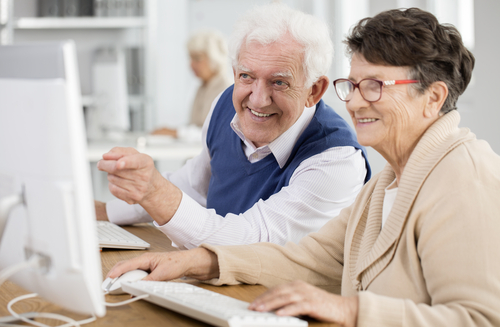 WHERE RETIRED TEACHERS STAND IN THE NEW CONNECTICUT BUDGET

The legislature has passed a plan proposed by Governor Ned Lamont and Treasurer Shawn Wooden to shore up the critically underfunded teachers’ pension system. The bond covenant will be completely honored but payments will be spread out until 2049 instead of 2032. The plan also includes $381 million set aside from the current budget surplus to insure bondholders that the State will contribute its full share to the pension account. An independent trustee will oversee this account. The bond council approved, and the announcement of this plan prompted Standard and Poors to upgrade the State’s rating to A plus.

The State will fully fund its one-third contribution to the retired teachers’ Health Insurance Premium Account.

Retired teachers will maintain the 25% reduction their Connecticut State Income tax. The Governor proposed to make this permanent and not give us the promised 50%. The legislature disagreed and voted to delay the 50% reduction until 2021. Good news for CT retired teachers.

Thank you for your support and hard work to help achieve these results. If your legislators voted to support this budget, you might think about sending them an email, note or phone call to thank them.

Other issues of interest such as tolls, sports betting and casinos will be taken up by the legislature in special session.

We have included in this mailing an editorial (below) by Mr. Sean P. Goldrick (Published by Hearst Connecticut Media) that many of our board members found interesting and thought provoking. (SFCRTA is not supporting Mr. Goldrick’s position. We are merely including it as “food for thought”.)

Our membership goes from – January to December. If you have not yet joined, enclosed you will find our membership renewal information for 2019. If a membership envelope is not enclosed, you are already a member for 2019. Remember: Numbers matter and we still face many important issues regarding our pension and health insurance.

NEW EMAIL ADDRESS? Send it to Roger Stenz at rstenz@optonline.net

Letter to the Editor from Sean B. Goldrick who served on the Greenwich Board of Estimate and Taxation, the Town’s finance board, and as liaison to the Greenwich Retirement Board

When he left office in January, Governor Malloy could honestly claim that he had reformed and improved virtually every area of Connecticut state government. Except one.

He was prevented by obstructionist Republicans from reforming the teachers’ pension fund. As a result, annual payments to the fund, which now total $1.4 billion, or 7% of the budget, could exceed $3 billion by 2032.

Governor Lamont has now taken up the challenge of reform, offering a comprehensive solution in his proposed biennial budget. Here’s how we got here, and how Governor Lamont proposes to fix it.

Yet Connecticut teachers are forced to pay significantly more for those meager pension benefits than are teachers in most other states. In 2017, General Assembly Republicans, aided by a handful of conservative Democrats, passed a budget unilaterally imposing a $60 million “teacher tax” that raised teachers’ required pension contributions, but not their benefits. Connecticut teachers now contribute two-thirds of the normal cost of their pensions, compared with the national average of just 40%. By contrast, the state of Connecticut contributes less than half the national average to teachers pensions’ “normal cost.”

So, since the teachers aren’t to blame, why are the state’s annual required pension contributions rising so sharply?

First, Connecticut failed to fully fund required pension contributions (“ADEC”) from 1983, when the fund was first created, through 2007. That failure was partly offset by 13.4% annual investment returns from strong capital markets through 2000, resulting in a relatively healthy funding level of 83% by that point. But the next decade proved disastrous. Republican governors Rowland and Rell underfunded the ADEC every year through 2007, while capital market performance dropped dramatically.

In 2008, Governor Rell decided to prop up the pension fund by issuing a $2.2 billion “Pension Obligation Bond.” But the bond was terribly timed, the proceeds being invested right as capital markets collapsed. Far from boosting the fund, the bond actually increased required contributions for years. Those factors combined to reduce funded liabilities from 83% in 2000 to 59% when Governor Malloy took office.

A major impediment to reform comes from a little-noticed covenant in that 2008 pension bond, which forbade the state from making any changes to its funding formula. In 1992, the General Assembly passed a bill requiring that the teachers’ pension fund be fully funded by 2032. The bond covenant requires the state to adhere to full funding by 2032, even though it will require massive increases in annual contributions to get there. Governor Malloy’s proposed a plan in 2017 to circumvent the bond covenant and eliminate the 2032 cliff, but the GOP refused to act. So while Governor Malloy fully funded the ADEC each year in office, the menace of the 2032 cliff remains.

Governor Lamont has now taken up the reform challenge. He proposes front- loading fund contributions by using the “even dollar” method in place of “percentage of payroll,” which “back-ends” payments, resulted in ballooning contributions over time. He also proposes reducing the expected rate of return from 8.0% to 6.9%. Key to the reform plan, Governor Lamont proposes circumventing the bond covenant by creating a contra-account within the $2.6 billion “rainy day fund” equivalent to a year’s pension contribution that bondholders could access should the state fail to fully fund the ADEC. Creating that reserve would permit the state to eliminate the 2032 cliff, lengthen amortization and postpone full funding until 2049, sharply reducing annual payments in the process. Indeed, the plan projects that pension contributions would essentially flat-line for years to come.

In addition, Governor Lamont has proposed that municipalities begin paying some portion of the normal cost of teacher pensions. Why is that important? Because funding teacher pensions is a local school district responsibility in every state, except Connecticut and New Jersey. After all, school teachers are municipal, not state, employees, and sharing the responsibility will further strengthen teacher pensions. Given that most of the annual payments go to making up arrears, not the normal cost, the cost to municipalities would total just $75 million in 2022 out of the $1.4 billion total pension contribution.

Governor Lamont’s plan will not only protect Connecticut teachers’ contracted pension benefits for years to come, but control the state’s pension contributions, and eliminate the looming 2032 pension cliff.